They say Francis Ford Coppola never made a decent film after Apocalypse Now. Be that as it may, I recently rewatched an old favourite, Dracula (1992), which made quite an impression on 12-year-old me back in the early 90s.

All in all, it's a cheesy, incoherent film, featuring Gary Oldman as a silly vampire loverboy and some spectacularly awful acting from Keanu Reeves (though, mind you, not as bad as Tom Hanks in my last post).

But the music! Oh, boy. The music, by Polish master composer Wojciech Kilar, is unquestionably one of the finest film soundtracks of all time. And that brutal opening sequence. The silhouettes of savage medieval battle to the backdrop of a flaming sky do far more for me than any modern CGI crap.

I've always disliked Tom Hanks as an actor. I know why people like him, though. He's a WASP everyman, bland, superficially charming, banal, offensively ordinary in appearance, the quintessential protagonist of the American "rise from/and/or/struggle with mediocrity" plot. But this, ladies and gentlemen, this isn't mediocre at all. Nor is it banal, or inane. It's just spectacularly, hilariously, wonderfully awful!

Absolutely out of control in a quite literal sense

This striking quote isn't from some angry left-winger. This is Jeffrey Sachs, the cold-blooded economist best known for designing the “shock therapy” reforms that reduced Russia's GDP by 40% between 1991 and 1998:

If you look at the campaign contributions, which I happened to do yesterday for another purpose, the financial markets are the number one campaign contributors in the US system now. We have a corrupt politics to the core ... both parties are up to their necks in this.

But what it’s led to is this sense of impunity that is really stunning, and you feel it on the individual level right now. And it’s very, very unhealthy, I have waited for four years ... five years now to see one figure on Wall Street speak in a moral language. And I’ve have not seen it once.”

Why I'm not getting into Swift

This just about sums it up.

Also, my days with the Apple ecosystem are just about done. They're locking down the platform and that's my exit cue.

It is striking, but not at all surprising, that nine out of ten of the poorest areas in Northern Europe are in Britain. The London elites sucked the rest of the country dry and then blamed the foreigners, hence Brexit. Exactly the same sort of thing is going on in the United States with Trump. 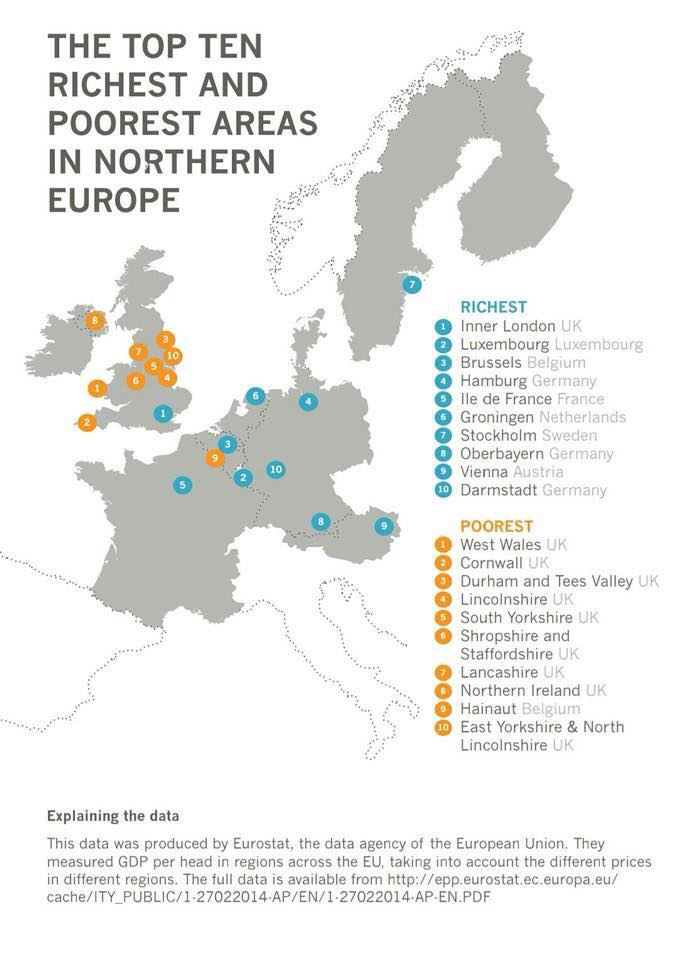 And this is why the Economist sucks

For once, I am at a loss for words.

I've always known that the writing staff at the Economist was full of upper middle-class right-wing Tory twats with shit for brains and a PPE from Oxford, but this is quite possibly the dumbest crap I've seen from them yet: 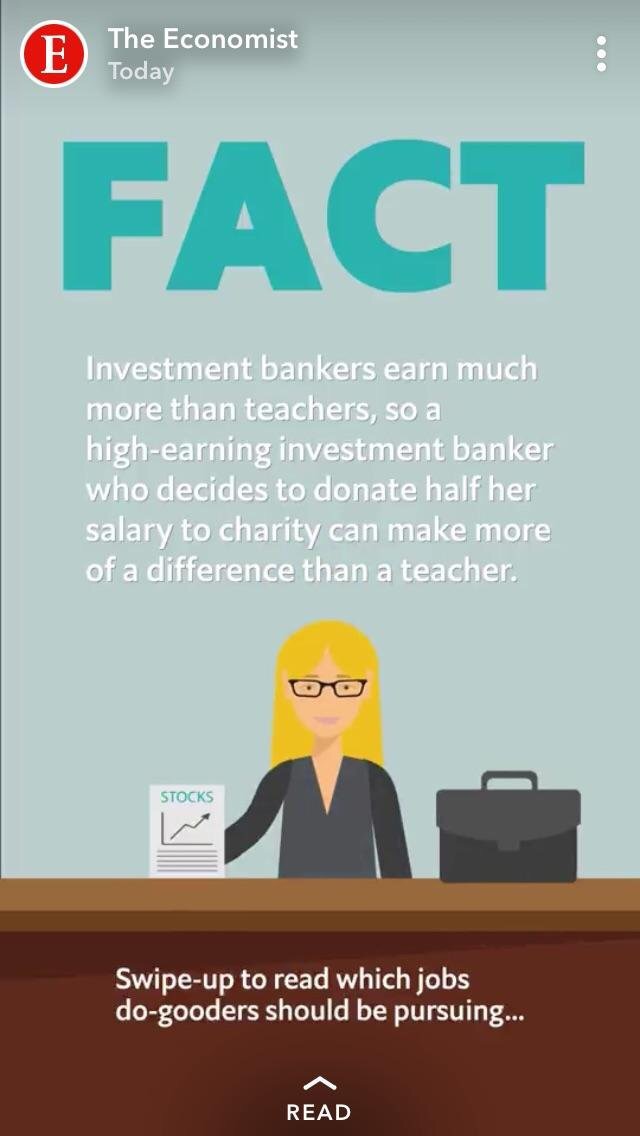 It took me years to finish Ray Monk's lengthy biographies of the philosophers Ludwig Wittgenstein and Bertrand Russell. In fact, I just skimmed the last chapters of The Ghost of Madness in the tram the other day, more than a decade after finishing The Duty of Genius. As I read Monk's searing indictment of Russell in the final pages, I found myself taking issue with his general outlook on these two men.

Monk's books are undoubtedly well-researched and well-written. His intimate knowledge of the two philosophers is impressive, and both biographies are laudable accomplishments. Monk's judgment, however, is flawed. His mostly unqualified admiration for Wittgenstein is misplaced, and his contempt for Russell unwarranted. Our disagreement is primarily a moral one, I think. We simply do not see eye to eye about what makes someone a good and admirable person.

Monk admires Wittgenstein for his honesty, his penetrating intelligence, his self-criticism, his severity, his self-denial, his austerity and his lack of hypocrisy. He sees Wittgenstein's works as towers of philosophical greatness. Russell, one the other hand, is relentlessly portrayed as a vain, self-satisfied philanderer and hypocrite who failed to practice what he preached. Much of Russell's enormous corpus of writings is quite unfairly dismissed as low-brow drivel intended for public consumption (as if that were such a bad thing!).

When I read The Duty of Genius, I was surprised by how little Monk had to say about the appalling character of Wittgenstein. The philosopher's impossibly inconsiderate interactions with others are described mostly without judgment. The man was a genius, and apparently cannot be expected to meet basic standards of human decency.

One does not have to read between the lines to realise that Wittgenstein was a bad influence on almost every single human being he came to know. He was stern, unforgiving, judgmental, temperamental, full of self-loathing and angst. He set impossibly high standards for himself and ruthlessly applied those standards to those around him. It's quite clear that he hated himself, and life in general. But for Monk, Wittgenstein's philosophical brilliance justifies these traits. This is not the case with Russell, who is never given the benefit of the doubt.

Monk's biographies show that both men suffered from depression. But Russell, at least, sought to find happiness and pleasure in life. Wittgenstein simply despised it and seems to have been wholly resigned to the misery of existence.

Russell wanted the world to become a better place. Wittgenstein just accepted the utter evil of it all.

Russell engaged with the world in his writings, preaching kindness, critical thinking, political reform and rationality, however hypocritically. Wittgenstein, in his later years, peddled harmful introspective fantasies about the nobility of hard manual labour to a flock of adoring students.

It seems to me that the former is both braver and more admirable than the latter.

When I played role-playing games in my youth, the Dungeons & Dragons system distinguished between two mental traits: wisdom and intelligence. A sensible division, since the two do not always – or seldom – go together. Wittgenstein may have been intelligent, but he was not wise. In fact, it is difficult not to question the wisdom of someone who so admired Otto Weininger's laughably preposterous Geschlecht und Charakter.

In many respects, Wittgenstein reminds me of depressed friends of mine who succumbed to drug addiction. But at least they took steps, however misguided, to alleviate their suffering, albeit through fleeting artificial pleasure – something Wittgenstein would have despised.

All in all, I cannot help but think the man was deeply in love with his own misery, a character trait much less worthy than Russell's flawed, self-deceptive attempts to alleviate his. We all need small dishonesties to find happiness. No man can be content if he constantly subjects himself to the harshest possible self-criticism. Indeed, it is often difficult to realise where self-criticism ends and self-hatred begins. Our little deceptions, our perhaps-not-wholly-honest coping mechanisms, are needed to live fruitful and contented lives. There is such a thing as too much "honesty" with oneself.

Wittgenstein may have been a brilliant philosopher, but he was an abject failure when it comes to the most important question of philosophy: How to live a decent, happy, fullfilling life. Russell, at least, tried.

"I felt a great disturbance in the [developer community], as if millions of voices suddenly cried out in terror and were suddenly silenced."

This is very bad news indeed. How long until Microsoft turns GitHub into a steaming pile of unusable garbage? They seem to have the Midas-touch in reverse. Everything they acquire turns to shit: Hotmail, Skype, Nokia, you name it.

Probably time to jump ship and move my open-source projects to GitLab or some other host. It's a real shame, because I like GitHub.

Software quality on the Mac is going to the dogs. Some basic stuff we've become used to working over the last 15 years is now broken.

But not just the Mac, iOS too. My pet peeve is the following:

It may be time to switch. But it's not like graphical software quality and UI consistency on Linux or Android is anything to write home about.